Have a question? Free Request
Home > The emergence and development of banks 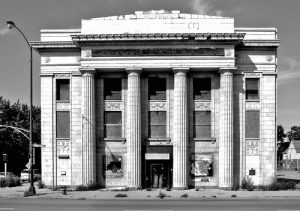 The emergence and development of banks

Banking activity originated in ancient Babylon, at that time temples provided clients with interest loans in exchange for collateral or written obligations. Such transactions, as well as cash payments were carried out in ancient Greece by priests, temples and money-changers, and in ancient Rome – by mensaries. With the collapse of the Roman Empire, the banking industry also disappeared.

The development of production and trade in the Middle Ages led to the revival of banking. In 1171, the Venetian Bank was founded, and in the XIV-XV centuries bankers became a very powerful social force. In many European countries, banks developed through trade.

In the following years, banking took on a more intensive development path and began to improve. Money in banking transactions is beginning to be gradually eradicated by debt obligations. Banknotes arise of these obligations, registered bills, the scope of checks is expanding, the practice of non-cash payments is expanding, which gave impetus to the development of banks. The issuance of loans was essentially concentrated in the hands of private bank usurers.

The development of capitalist production played the role of a powerful impetus to the revitalization of the banking business and the improvement of banking. As is known, England is considered the birthplace of classical capitalism, for this reason, the principles of banking in the modern sense originated just in this country. The first major joint-stock bank carrying out commercial lending was the Bank of England, and the rest of the banks occurred afterwards.

The issuance of banknotes, the allocation of loans from own funds and activities based on lending through deposits made in the form of a client’s deposit, known to us as a ‘deposit’, opened, first of all, a qualitatively new stage in the development of banking transactions. Mediation became a priority in payment and lending. Passive transactions are rapidly developing, fees from the population, entrepreneurs, merchants, attraction of free funds determine, first of all, the expansion of active transactions for the purpose of making a profit and, basically, ‘trading money’ (advantageous placement).

Bank equity loses primary function as a source of active transactions and serves as the basis for securing customer deposits and the solvency of the banking structure.

With the development of these functions, banks are also starting to develop as private capitalist institutions. In the XVII century, banks in the form of joint-stock company appeared, and since the end of the XIX century, joint-stock banks occupied leading positions in developed capitalist countries. Under the influence of the concentration of production in industry, the concentration of banks was increasing. This was done through the intensive development of large banks, mergers with other banks, and the absorption of weak banks by strong banks. At the beginning of the XX century, in most capitalist countries, several major banks occupied leading positions in the credit system having hundreds of branches (sections) and a close relationship with industrial monopolies. Even today, the concentration of banks in countries with developed market relations is very high. 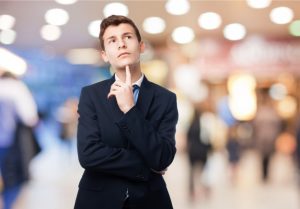 I want to become an accountant – where to start?